The science dictated complexity of fine ingredients give the impression of grandeur while its sublime shine turns into real beauty in the young and the not so young as acne and age spots vanish.

When I formulated the very first StemDetox nine years ago, I was involved with stem cell research. While everybody came out with new stem cell boosting supplements, I took a different path. 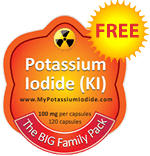 Order a StemDetox and you could get a FREE Potassium Iodide bottle.
Use coupon code ‘northkorea’ at checkout to get it for free.
(valid for first 50 orders only.)

I thought that instead of forcing the bone barrow to produce more stem cells, it should be rather detoxified to unleash its true potential in regeneration and immune boosting. My novel approach, the detoxification of the bone marrow with StemDetox, was embraced widely as it was proven that StemDetox delivers where others fail.

When tested, my stem cell count in my blood went up by 82% over 10 days as I took StemDetox daily. Stem cell enhancing supplements are typically tested 2 to 10 hours after taking the products (e.g. StemEnhance yields a 23% stem cell increase in about 3 hours). But I don’t appreciate those measurements as it seems that stem enhancing products just help the ‘detachment’ of stem cells from the bone marrow that are just about to be released into the blood stream. I believe that instead of a quick stem cell spike right after taking a product, the goal should be a sustained elevation of healthier stem cells (with long telomeres) days and months after a product is taken. This can be achieved only by the detoxification of the bone marrow and by having high glutathione levels. Glutathione regulates telomerase enzyme activity that in turn ensures normal telomere length.

More importantly, I’m convinced by now that the combined effects of StemDetox, ToxDetox (Glutathione and EDTA) and StopReabsorb/Charcoal result in the most desired, balanced and detoxified body that can maintain high level of circulating stem cells with long telomeres. And this is the ultimate goal. (One of my favorite studies was done with rats. The group of rats, taking charcoal every day, achieved a 40% longer, healthier life-spam. Simply amazing!).

I researched organ preservation and longevity at the University of Toronto and I constantly review the medical literature. I haven’t found yet anything better than StemDetox/ToxDetox combo. While others occasionally hit a high note with a newly discovered, single ingredient, I fully stand behind my novel approach to wellness and anti-aging that I compare to a well-rested (and well fed) orchestra when the musicians understand their role in the expression of the joy of life as they play in glorious harmony in a most beautiful setting. 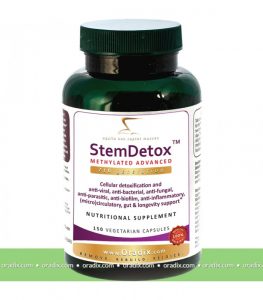 LEARN MORE ABOUT THE INGREDIENTS HERE

The broad appeal of StemDetox since 2008 surprised us all

Here are some of the unique features and stories associated with StemDetox.

LEARN MORE ABOUT THE INGREDIENTS HERE